How to Squash a Good Idea! 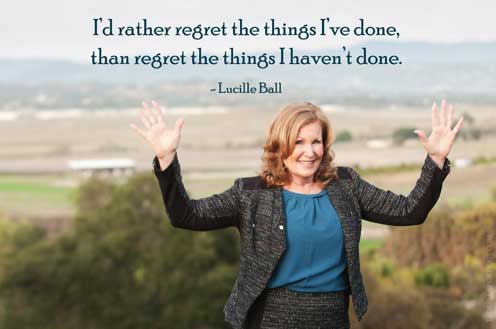 Through the years, I have worked in three different worlds – entrepreneur, corporate and government – and believe the most difficult environment to introduce a new idea is in the public sector. Governments are typically cumbersome, and intrenched in politics, policies and procedures. With so many interrelated parts, it is difficult to introduce change. However somewhere in the middle of this maze, an idea is often born. Like a small seed between the cracks of a sidewalk, it starts to show a bit of green. With just a bit of rain and sun, it slowly sticks it’s head up to show a bit of flowering color. Most of the time though, it’s quickly mowed over or sprayed with weed-killer to end its short life span. Given this reality, it’s important to review why and how organizations squash an idea.

If it’s Not Your idea, it Must be Dumb. Or let me rephrase this, if it’s not the boss’ idea, then it must be dumb. Ever sat at a staff meeting and hear your colleague Susan present an idea, and no one responds? Then later in the same meeting, the supervisor or a more assertive person presents the same idea, and everyone applauds it. And you sit there thinking…didn’t Susan just say the same thing? Ideas can come from all levels of an organization, and the front-line folks often have great suggestions.

It Threatens Your Territory. Don’t you have enough work on your plate? Then here comes someone from another department, who suddenly suggests something that you and your team might be doing. The first thought might be “hey, stay in your lane…what do you know about my section?” Instead of listening openly, we may resort to defensive language and behavior to defend this “attack” on our team. Maybe it’s time to count to 10 (internally!) and hear them out…there might be something useful from someone who isn’t in the “weeds” of your section and can view it more objectively.

You Don’t like the Person Who is Suggesting It. This happens in politics all the time. If the person isn’t from the “right” party, then no matter what the idea is, it’s squashed because of the person, and not the merits of the idea. Even in our own workplace, let’s admit there are some people whom we prefer to work with more than others. Forget who is presenting the idea and just weigh the merits of the recommendation.

Not How We Do Things Around Here. If your culture is to “get er done” and faster the better, trying to introduce a new idea, even a good one, that slows things down might not be appreciated. Or the opposite end of the scale, if the organization is stagnant and not receptive to change, then ANY new idea might be squashed…because “this is the way that we’ve always done it.” Change is inevitable, so be open to prompting those changes internally rather than waiting for it being mandated later.

Mandating without Input/Support. This is the true death of a good idea. When management or an individual decides that the organization will move forward on a new idea, but solicits no input or support from those who will make it happen, it tends to stall and often fail. There needs to be buy-in from the rank and file, or at least an understanding of the “why” behind the idea to move forward.

Well Meaning, but Powerless. Those ideas allowed to proceed, but have no budget or managerial support, are eventually doomed as well. For instance, if employees are told that “we consider customer service a high priority” but no one is rated, held accountable or recognized for their efforts, then it’s just a well-meaning suggestion.

Shoot the messenger! We have all heard the expression, and this can be done in many forms. The most blatant is if someone brings forward an idea and it’s squashed in a very public way. This sends a clear message to the masses – don’t stick your neck out or this can happen to you! Or the idea is given half-hearted attention, but the team immediately moves on to other matters and never follows up. The weakest, but still effective approach, is just ignore the idea or messenger, until they finally go away.

Not all ideas are good ones nor should be implemented. However, they should be given some consideration for their merits before being dismissed. Ideas that propel an organization forward while adapting to changing environments and customer needs are important. Next time you hear a proposal come forward, why not ensure that it’s not instantly squashed! How’s that for an idea?